Does anyone else remember back in the day, when we heard the word “checkpoint” we thought of Germany? First it was Nazi Germany with the “Your papers, please” checkpoints. Then we heard about Berlin’s “Checkpoint Charlie”, the crossing point between the free world and the Communist Bloc behind the Iron Curtain.

How much longer until we have Nazi style “Papers, please” checkpoints? Maybe we’re already there. Americans have been conditioned and frightened into accepting things that would have been dismissed as extreme only a decade ago.

Soon enough, we shall likely see corporate checkpoints with Blackwater thugs frisking citizens and shaking them down. Don’t be surprised.

Now we see old Willie Nelson was arrested for possession of a politically incorrect plant at a checkpoint. I hope you all feel safer.

It’s too bad this had to happen. The drug war is as insane and counterproductive as most other wars. It is institutionalized cruelty to harmless users and fills the pockets of criminal cartels. We can do better, but this is a corporatocracy where private prisons, mandatory “treatment” centers, courts, cops, and a vast horde of rogues profit from injustice.

At least the people are wising up. They are voting through ballot initiatives, perhaps our last vestige of democracy, to allow the humane use of medicinal cannabis. Politicians are the cowards responsible for the continuation of the cruel and unjust drug war. Not that they care about blood on their hands, or the lives of harmless people destroyed by prison and legal persecution.

As with the war on terror, the only way to win the war on drugs is to end it.

Everyone has by now been indoctrinated by the Right Wing media and know that liberals hate America. They are destroying America. That’s what we were told when we questioned Bush and Cheney on their pack of lies for war in Iraq. That is what we are told when we dare support Obama. That is what we are told even if we don’t support Obama, because of his habit of appeasing the corporatist Right.

It is no secret except to the willfully uninformed or willingly duped that the Republicans are imposing a blockade on our federal government. Their obstruction will lead to lockdown. Why? Because the goal of the Guardians Of Plutocracy is to insure Obama fails at everything, including, and most importantly, his reelection. Mitch McConnell said, “The single most important thing we want to achieve is for President Obama to be a one-term president."

Their priority is clear, and it is not the interests of 98 percent of the American people. They work exclusively for the economic elite.

Not only are all domestic policies obstructed, even ones previously supported by Republicans until Obama agreed to them, but foreign policy is now held hostage. I’m not talking about unending war. That’s about the only area where the Reich Wingers will offer their “cooperation”. Of course, along with a national security surveillance state, that’s their agenda to begin with.

They no doubt love Obama’s defense of Bush’s un-constitutional “unitary executive” measures with the all time favorite justification used by totalitarians. “State secrets” is now our standard operating rationale for abuse of power during our national “state of emergency”. The same manure the Nazis used has now fertilized the ground for the growth of American fascism. Hitler was very anti-terrorist. And of course, terrorists were whoever he said were terrorists. He invoked state secrets and declared a state if emergency to protect the people. Just like Bush, and now Obama, has done.

So we see what matters most for bipartisanship is national security, despite its destruction of our freedoms. One may believe Republicans would be interested in protecting America from nuclear weapons. They must surely want to cooperate in restricting WMD’s from falling into hands of terrorists. Turns out they don’t care. At least they don’t care enough to support Obama’s efforts in negotiating a strategic arms treaty. No, it’s more important for Republicans to see Obama fail...at everything.

As Paul Krugman wrote this week:

These days, national security experts are tearing their hair out over the decision of Senate Republicans to block a desperately needed new strategic arms treaty. And everyone knows that these Republicans oppose the treaty, not because of legitimate objections, but simply because it’s an Obama administration initiative; if sabotaging the president endangers the nation, so be it.

It’s pretty obvious that the Republican Party would prefer America fails at everything as long as they can take down Obama. Why do Republicans hate America? Well, maybe they don’t hate America. Republicans just love power and wealth so much, and hate Obama so deeply; they really don’t care about the consequences for the rest of us.

They may as well hate America. Obama needs to find a spine like FDR and “welcome their hatred”. For the love of America.
Posted by Dave Dubya at 12:27 PM 45 comments:

Don't Stomp On Me 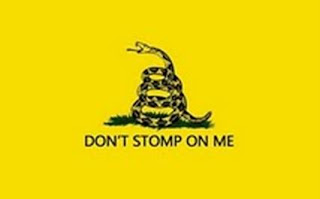 We remember Rand Paul’s thug Tim Profit was caught on video, stomping a woman’s head to a curb for disagreeing with his politics. It turns out the thug, like most typical bullies, is a crybaby as well. Here’s an exchange between Profit and Dea Riley, the woman running for Lt. Governor of Kentucky.

Thanks to Liberal In Kentucky.
*******
Dea Riley November 15 at 11:27am Reply
Report I received this from Tim Profit today via FB message – Please see below my response.
Dea,
Not sure who you may know but there are a lot of details about my case that is unknown. Ms. Valle from moveon.org has said on msnbc I kicked her in the head and that what I did was premeditated which are both false. She has also stated the reason I attacked her was because we disagree on the issues. That is also false. She doesn't know where I stand on the issues.
1-I think Marijuana should be legalized and controlled.
2-I am against the patriot act.
3-I think the war is unconstitutional.
I would bet we agree on other issues as well. They don't know me but have portrayed me as something I am not.The real reason of what happened was she went after Rand like a crazed person who I felt was a threat to his safety.I am sorry all this happened but there are many other circumstances involved here I cant talk about. I have lived in ky all my life and never been in trouble with the law in this way. 31 years with at&t and bellsouth and not 1 complaint. She broke at least 3 laws and did not get charged. I just don't understand why Ray Larson is doing this to me.
---
Tim,
I'm not one to mince words. I know that you have been a supporter of this campaign, but I feel I should express myself. I don't know you well, but I've met you on a few occasions and I would agree that you're not a bad person as you have described in your message. I also will acknowledge my interaction with you has always been cordial and you have seemed respectful of me in every regard.
I'm not sure my words will help you but I do want you to know that I am expressing myself in the hope that you will embark upon a self evaluation. Frankly Tim, I don't think where you stand on any of the issues is relevant to what occurred. It has been widely accounted that Ms. Valle was spoken to prior to the incident whereas SHE made clear her purpose for attending. One witness on scene told me that many of the Rand supporters where planning on "getting her" when they saw her make her move. I don't understand why it is you kicked her at all in that she was on the ground, but whether she was or not does not justify her being kicked. I don't approve. She was alone and undefended. I think you were caught up in a moment and that moment was recorded on film. As to "they" portraying you as something other than what you are - it is you who committed that act that likely will define you for sometime to come. I cannot offer you assistance. I think Ray should throw the damn book at you and if I know anything about Ray Larson that is exactly what is about to happen.
I think this attitude that she was of threat to Rand Paul is ridiculous but mostly convenient. She had every right to be there and every right to make an effort to capture a photograph and accomplish her mission - as Moveon.org has done so many times before. In these United States Individuals are not required to agree with or behave in any manner as imposed by those of differing opinion. Our liberties extend themselves equally to all. There is no "exception" to this rule. There is no doubt in my mind that the reason she was subdued was to prevent her not from harming Rand Paul but rather to prevent her from accomplishing her political stunt. I don't care if she was paid - again the excuses are irrelevant to the outcome. It's politics - get over it. Your cause is NOT important enough to justify what occurred.
This type of hysterical overly exaggerated expression is nothing more than mob riot. Rand Paul should have returned your campaign contributions as I would have done - immediately. You have served to point out the severity and potential danger of this extreme movement that is enjoys protection under the umbrella of "Tea Party" but I'm certain that is not what was intended by those who organized the initial grass roots effort.
On a personal note if you had kicked me you would have been faced with a far different reaction than the submissive and refrained demeanor of Ms. Valle. I would have done all I could do to beat your ass into the ground with everything I had in me. Guarantee it. I'm afraid I stand with Ms. Valle and wish I had been there to defend her - which is what I would have done and am doing now.
You don't put your hands on women - EVER!
May I suggest the following:
1. Stop defending your behavior there isn't any defense.
2. Apologize to Ms. Valle as well as all those countless thousands who have witnessed your video.
3. Seek counseling and learn to discern between inappropriate and appropriate behavior in expressing your views.
4. Volunteer to serve in a women's abuse shelter, rape crisis center or home for abused children. Then and only then will you understand why it is our society is so repulsed by your behavior and what it leads to.
5. Next time you give money to a cause, contribute to one of the above organizations that benefits those who are truly victimized and truly in danger of having their lives harmed or jeopardized by someone "crazy".
6. Reevaluate who it is you support for office - may I suggest you support someone such as myself who isn't willing to tell you what it is you want to hear to get your vote.
Dea Riley
Posted by Dave Dubya at 1:04 PM 46 comments: